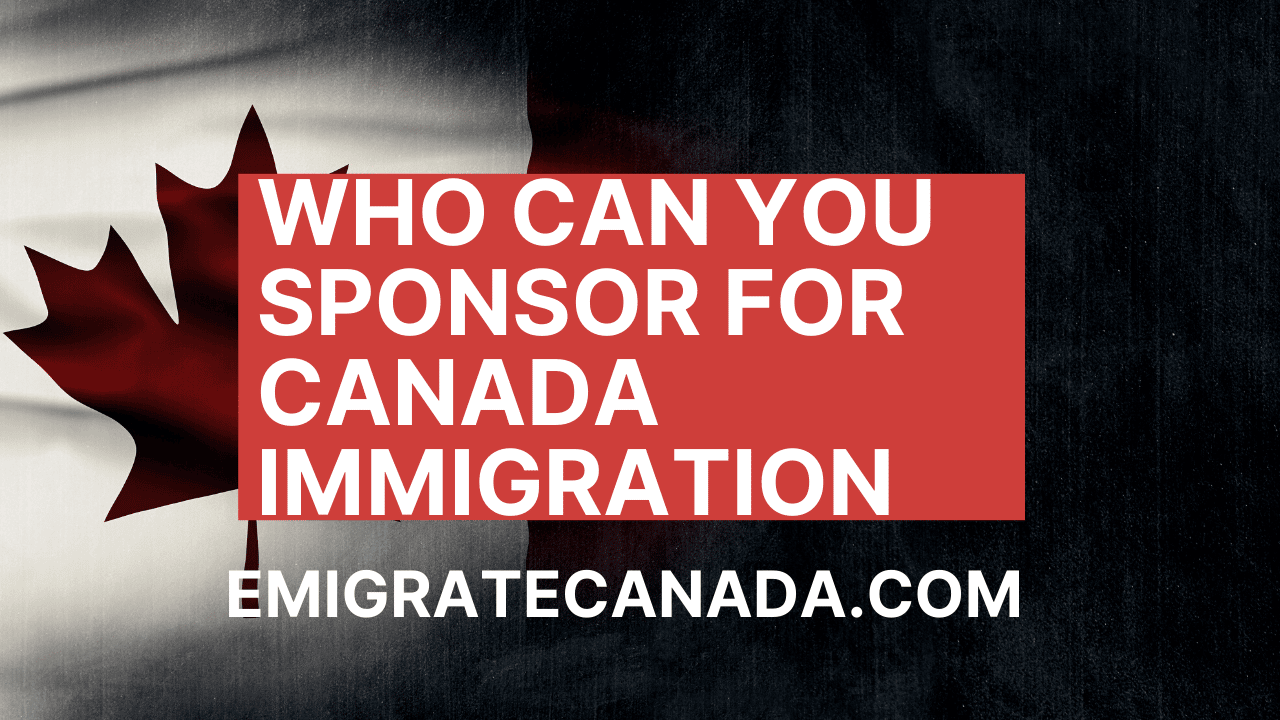 Who Can You Sponsor For Canadian Immigration

Migrate Canada » Who Can You Sponsor For Canadian Immigration

Transcript: Who Can You Sponsor for Canadian Immigration

Todays episode is about which relatives you can sponsor for Canadian immigration and is designed to provide an overview of how you can sponsor relatives to Canada, such as your sister, brother, or other family members.

Now, it’s well known that Canada welcomes well over 100,000 Family Class migrants each and every year. And most of these newcomers to Canada arrive via the spouse partner and children category of visas, while a significantly smaller number arrive under what’s called the parents and grandparents program, often referred to online as PGP.

Of course there’s lots of other different podcasts in this series around spouse partner and children visas and of course the parents and grandparents program being PGP as well.

So the rules surrounding sponsoring other family members are slightly less well known generally. And it’s really important to know that the IRCC (Immigration Refugees and Citizenship Canada) do actually allow and encourage you to sponsor other family members in certain very key and specific situations.

And so first up who can sponsor generally to Canada?

Well, first of all, you have to be 18 or over. And you have to either be a Canadian citizen or a permanent resident, or registered under Canada’s Indian Act.

All of those people are eligible to sponsor their family to obtain Canadian permanent residency and ultimately then onwards towards Canadian citizenship as well.

If you are a Canadian citizen, you can of course be based anywhere in the world when you make that application to sponsor your relative.


It often surprises people to learn that one of the most common forms of relative or family class immigration to Canada is that of orphaned brothers, sisters, nephews, nieces or grandchildren being sponsored by an eligible Canadian citizen or Canadian permanent residents.

Now, the IRCC is also very specific, that you cannot sponsor this family member, if any of the following key criteria applies. And so, you will be unable to sponsor your orphaned brother or sister niece, nephew or grandchild. If they have a parent, that they have a parent that is alive, even if their whereabouts are unknown, that if they were abandoned by the parents, if they are being cared for by someone else, while both of their parents are alive, or if the parent is in jail or or otherwise detained.

Now, that’s a really interesting one. So it’s a saying that even if the even if your relative has been abandoned, or even if your relative is potentially a child but living on their own, even in difficult circumstances, if there’s no actual physical proof or documented proof that both parents have deceased, then your application is likely to be denied on this ground.

And for the family sponsorship application. It’s a different option. You can look at the little known other relative category. And this is where you can sponsor one relative and only one that is related by blood or adoption of any age. As long as all of these conditions are met. So not just one. All of these conditions have to be met in order to trigger the other relative sponsorship category.

So number one, the sponsor of the Canadian citizen or permanent resident does not have a living relative that you could sponsor instead, such as a spouse, common law partner, conjugal partner, parent, grandparent, child, orphan brother, sister, nephew, niece or grandchild.

And number two, that sponsor doesn’t have any relatives that are Canadian citizens or permanent residents. Now, interestingly, with the other relative option, the other relatives may have a spouse, partner or indeed other dependent children that also want to come to Canada. And if this is the case, you need to include them on the same sponsorship application.

So potentially, what the IRCC are saying here is that you can sponsor one other relative and if that one other relative then has a spouse partner and dependent children, then they can also be included on that same sponsorship application as well.

Okay, so how does the sponsorship application process actually work?